Claude Ibrahimoff was born and raised next to Paris where she studied a couple of years at the design school Met de Penninghen et Jacques d'Andon and worked as an apprentice in the atelier of the Italian sculptor Louis Molinari.

While she studied painting and worked on collages, she also pursued research studying Soviet cinema and art and spent some months on a scholarship in Russia, completing her masters degree in Russian.

Soon after, Claude Ibrahimoff left Paris for San Francisco and the Bay Area, finally settling in Marin County, where she began work on a series of original "Totems." Her sculptural and abstract totems and paintings are partially influenced by Russian artists, like Malevich and Kandinsky, as well as American artists, like Jasper Johns and Rothko.

In parallel, Ibrahimoff worked as a film editor and edited independently produced films and documentaries including “Portrait of Imogen” and “Dorothea Lange: A Visual Life.”

Ibrahimoff has exhibited her works in Paris and Dordogne—from where her family originates on her mother's side—and has also displayed her work at local venues in the Bay Area. 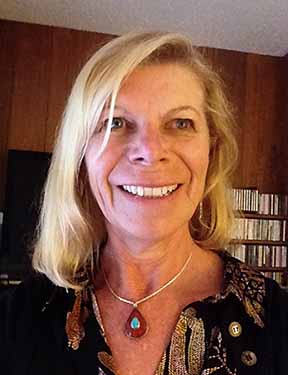